Would you like to switch to the accessible version of this site?

Don't need the accessible version of this site?

Click on the icon below to fill out your information securely from the comfort of your home. 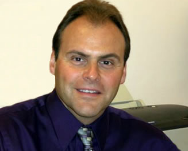 Dr. Henry W. Molé joined the practice with Dr. Schultz and Dr. Jones in August 1991. Henry was born and raised in Jamestown and graduated from JHS in 1984. After graduation, he attended JCC and the University of Buffalo before pursuing his professional education at Indiana University.

At Indiana University, Dr. Molé obtained his Bachelor of Science degree in Optometry and received his Doctor of Optometry Degree with high distinction in May 1991. He received the BSK Honor Society Award for graduating Valedictorian of his Optometry class.

He enjoys outdoor activities, especially golf and tennis. He resides in Kiantone with his wife Rochelle and his two daughters, Rachel Alexis and Rosemarie Frances. 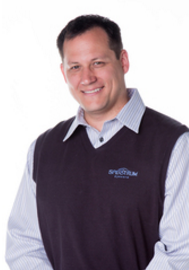 Dr. Colburn joined Spectrum Eyecare in December 2000 and lives in Lakewood, NY with his family.  He was raised in Lakewood and graduated from Southwestern High School in 1990.  Dr. Colburn received his Bachelor of Science degree in Biology from Penn State in 1994 and his Doctor of Optometry degree from the SUNY College of Optometry (NYC) in 1998.  He completed a residency in Family Practice at the University of Alabama at Birmingham in 1999, where he received advanced clinical training in corneal disease, retinal disease, glaucoma, and specialty contact lenses.  Dr. Colburn conducts clinical research for several ophthalmic companies.

Dr. Colburn was recognized by his colleagues as the New York State Young Optometrist of the Year in 2009.  He served as President of the New York State Optometric Association in 2014.  He continues to serve as the organization's Federal Government Relations Chairperson.

Dr. Colburn is a New York State Certified Low Vision Specialist, InfantSee Volunteer, and a Fellow of the American Academy of Optometry.

Dr. Colburn is also the President of the United Way of Southern Chautauqua County and chaired the annual giving campaign in 2009. 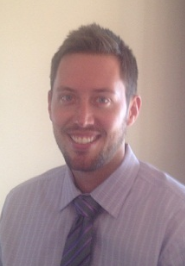 Dr. Schultz joined the practice in August 2012. He was born and raised in the area and graduated from Southwestern Central School. He attended Jamestown Community College before studying Psychology and Pre-Optometry at SUNY Fredonia. Dr. Schultz attended The Ohio State University College of Optometry. During his studies he completed rotations through the Ohio State specialty clinics including ocular disease, contact lens, low vision, and binocular vision/pediatrics, as well as the Akron VA and Novus Clinic and Surgical Center among others. He received his Doctor of Optometry degree in June of 2012. 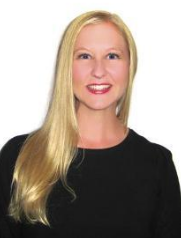 Dr. Wohlgemuth joined the practice 2014. She grew up in Smethport, PA and spent her summers on Chautauqua Lake in Burtis Bay. After graduating from Rensselaer Polytechnic Institute with a Bachelor of Science in Biology she went on to receive her Doctor of Optometry at Pacific University College of Optometry in Oregon. Dr. Wohlgemuth is a residency-trained optometrist, having completed her post graduate program at American Lake Veterans Hospital in Tacoma, WA which specialized in geriatric ocular disease, low vision, and primary care. She enjoys the medical aspects of eye care such as diagnosis and management of ocular disease such as macular degeneration, glaucoma, and diabetic retinopathy. She also enjoys providing surgical co-management as well comprehensive eye care for the entire family.

Outside the clinic, you will find Dr. Wohlgemuth skiing (water or snow!), running, kayaking, fishing, or creating something with glitter in her craft studio. Most of all she loves spending time with family, including her husband, Rob, and their two very large energetic dogs.

Her Practice Philosophy:
“My favorite aspect of my time with a patient is education; where we are able to have conversation not only about what their concerns are, but also to relay a true understanding of ‘how and why’ when it comes to their visual health. There are countless aspects of our overall health that impact our vision. I’m honored to have the opportunity to guide patients in their health care from the ocular perspective.”

Our Spectrum Eyecare family is saddened by the loss of one of our doctors, Terry R. Schultz, O.D. Terry was an area native and had maintained many friendships which developed during his childhood years. He received an Associate Degree from Jamestown Community College. His Bachelor Degree and Doctor of Optometry Degree were obtained at the Ohio State University. Terry and his colleagues from Optometry school actively shaped the profession of optometry for many years. Spectrum Eyecare continues to benefit from Terry’s relationships with leaders in this profession. A visionary entrepreneur Terry challeneged the status quo to find better ways to provide care to patients. A state-of-the-art facility, and cutting edge technology would never be compromised as well as the highest quality of services and products. His guiding principle was doing what was right for the patients would always be right for the practice. Terry advocated for an office culture that ensured that every patient received the highest quality of care in an welcoming environment. He was instrumental in the initial development of our current building and was responsible for our most recent renovation. He wanted patients to enjoy the “Spectrum Experience” from beginning to end.

Terry searched for staff members that truly cared about other people and who were commited to continuously enhancing their skills through education and training. He wanted more of a family rather than a staff, and always looked for ways to make the day’s work interesting and fun. He believed that an enjoyable patient experience was tied to the positive attitude of those providing the care. Terry also wanted patient care to be personal. He encouraged staff to actively engage in meaningful conversation with patients visiting the practice, preferably about topics outside of healthcare.

Collectively, Terry’s ideas have created a unique patient centered experience at Spectrum Eyecare that will continue into the future. Terry’s family have created a scholarship fund in Terry’s name, to support a JCC student interested in pursuing a career in science, further ensuring Terry’s positive influence in our community won’t ever end. Please contact the Community Foundation if you are interersted in making a contribution in memory of Terry. Our friend and colleague will be truly missed.